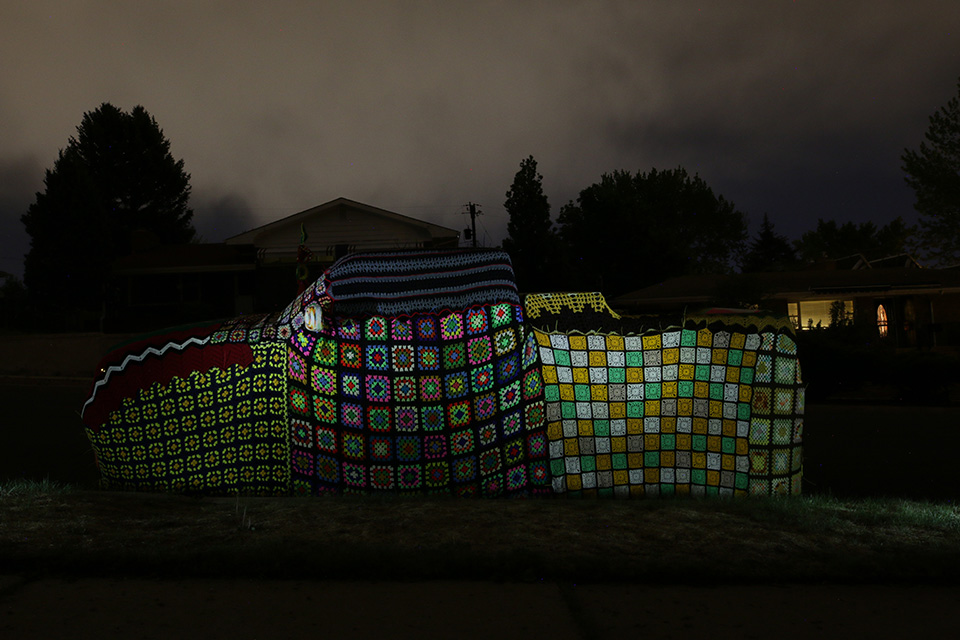 For The Yard, FASTWÜRMS produced a site-specific reinvention and re-purposing of a past work. The new piece, Hail-Kozy, was created from afghans sourced from thrift stores along their journey from Creemore, Canada to Colorado Springs. Hail-Kozy was a protective storm cover for a black, 2002 Ford Ranger, named Hrafnhildur (an Icelandic name, meaning Raven Warrier).

FASTWÜRMS are joint-authorship and collaborative artists from Canada formed by Kim Kozzi and Dai Skuse in 1979. Their work is poly-disciplinary, taking the form of performance, video, sculpture, installation and image based work which focuses on art as social exchange, queer politics, working class aesthetics, and witch-positivity. Throughout their 30 year career, they have crafted a language of ritual and love that synthesizes popular culture’s detritus of hashtags, flea markets, stereotypes and iconographies through the lens of Punk DIY. FASTWÜRMS identify as witches, and they “use magic to confound rational structures and flip the normative.”