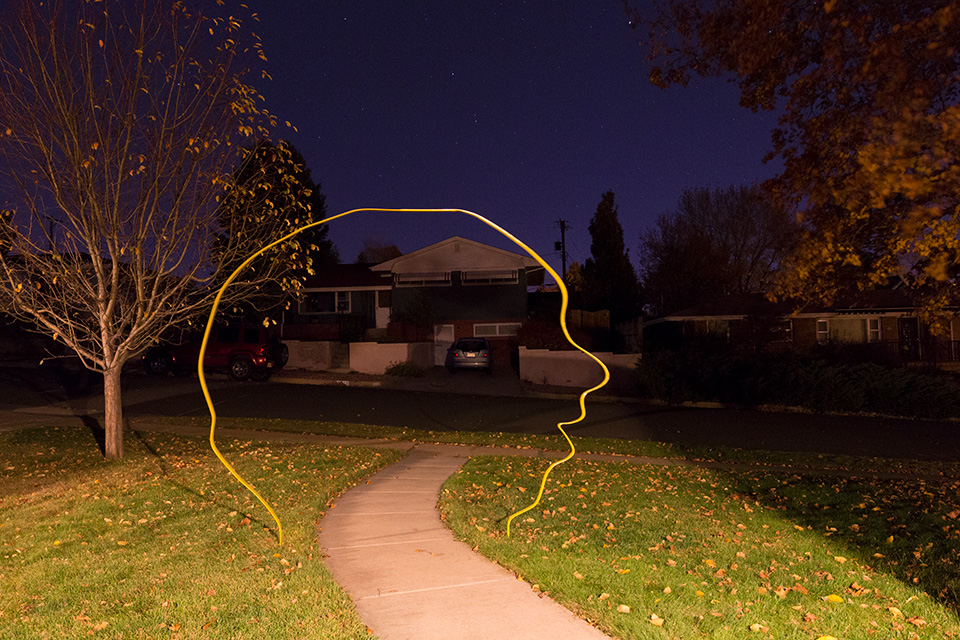 The inaugural exhibition, Untitled (Current Mood) by North Carolina-based artist, Jerstin Crosby, was on view from October 22, 2017 through January 21, 2018. ​”My sketchbooks are full of profiles of heads drawn more often than not with my eyes closed. Miniscule changes from one doodle to the next suggest vast differences of expression, from green-behind-the-ears to villainous,” writes Crosby. His sculpture is drawn from his practice of nightly, meditative drawing in which he produces hundreds of variations on the sketch of a head in profile, many drawn on his phone or on paper. By solidifying one of these sketches in sculptural form, it elevates the gesture into a gate-like structure which is simultaneously an icon and a threshold.

Jerstin Crosby is an artist living in Chapel Hill, North Carolina. Aside from making his own work he is a member of a collaborative effort called Janks Archive (2013-present) and the collective Team Lump (2005-Present), based out of Lump Gallery in Raleigh. Jerstin organized Acid Rain, a cable access video art series that broadcast on stations in Manhattan and North Carolina.